What's Next by Jordan Gonen

Hey! Hope you have a great week.

Take 5 minutes to watch this “motivational video.” May make your week!

For I have a single definition of success: you look in the mirror every evening, and wonder if you disappoint the person you were at 18, right before the age when people start getting corrupted by life. Let him or her be the only judge; not your reputation, not your wealth, not your standing in the community, not the decorations on your lapel. If you do not feel ashamed, you are successful. All other definitions of success are modern constructions; fragile modern constructions.

Success requires absence of fragility. I’ve seen billionaires terrified of journalists, wealthy people who felt crushed because their brother in law got very rich, academics with Nobel who were scared of comments on the web. The higher you go, the worse the fall. For almost all people I’ve met, external success came with increased fragility and a heightened state of insecurity. The worst are those “former something” types with 4 page CVs who, after leaving office, and addicted to the attention of servile bureaucrats, find themselves discarded: as if you went home one evening to discover that someone suddenly emptied your house of all its furniture.

But self-respect is robust –that’s the approach of the Stoic school, which incidentally was a Phoenician movement. (If someone wonders who are the Stoics I’d say Buddhists with an attitude problem, imagine someone both very Lebanese and Buddhist). I’ve seen robust people in my village Amioun who were proud of being local citizens involved in their tribe; they go to bed proud and wake up happy. Or Russian mathematicians who, during the difficult post-Soviet transition period, were proud of making $200 a month and do work that is appreciated by twenty people –and considered that showing one’s decorations –or accepting awards –were a sign of weakness and lack of confidence in one’s contributions. And, believe it or not, some wealthy people are robust –but you just don’t hear about them because they are not socialites, live next door, and drink Arak baladi not Veuve Cliquot.

The economics of all-you-can-eat buffets

Is it possible to out-eat the price you pay for a buffet? How do these places make money? We looked at the dollars and cents behind the meat and potatoes.

Few things epitomize America more than the all-you-can-eat buffet.
For a small fee, you’re granted unencumbered access to a wonderland of gluttony. It is a place where saucy meatballs and egg rolls share the same plate without prejudice, where a tub of chocolate pudding finds a home on the salad bar, where variety and quantity reign supreme.

Like most restaurants, buffets operate on extremely thin margins: For every $20 in revenue, $19 might go toward overhead, leaving $1 (5%) in net profit.

They put the cheap, filling stuff at the front of the buffet line: (Study: 75% of buffet customers select whatever food is in the first tray — and 66% of all the food they consume comes from the first 3 trays.)

Obesity Trends in the U.S. 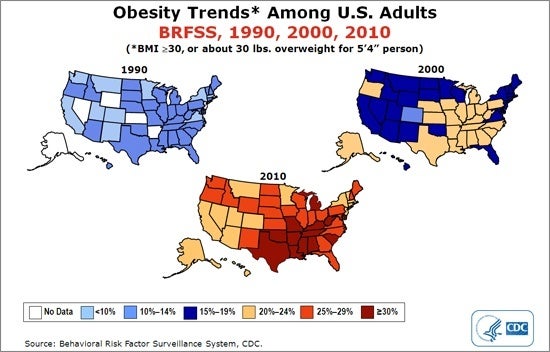 How Much Does a Mile of Road Actually Cost?

How much does it actually cost to pave, or repave, a mile of road?

This is a tough question to answer straightforwardly, because the answer is extremely variable. And yet it’s a necessary question to grapple with if you’re trying to demonstrate to someone that the place you live is accumulating infrastructure liabilities it will not be able to keep up with.

A representative cost in 2014 for reconstructing an existing lane of a major urban freeway was $7.7 million per mile; doing the same on a collector street in a small urban area would have set you back $1.5 million per mile.

Anatomy of a Scam

There is a lot of material about the not-so-nice VCs who take advantage of young and inexperienced founders. But the reverse also happens, founders that try to get money out of VCs for projects that have zero chance of every coming to fruit. Or worse still, founders that pretend to have something on the go when they really don’t and are just looking for the cash to make a run for it. The Modular Company, the merry band of friends that I founded and that does technical due diligence has about 25 customers, mostly VC and PE companies. The partners of these companies are bombarded with decks from parties looking for investment and these decks vary greatly in both quality and degree of seriousness.

Every once in a while something pops up that is extraordinary, the deck below is one of those. The deck is included here in its entirety, nothing has been redacted, the only thing I changed was to reduce the images in size to save a bit on bandwidth and to make the page load faster. The analysis column on the right hand side is mine, the deck itself has an interesting origin, and it seems as though variations on this scam have been around for a while but this is the first sample of such a deck that I got my hands on.

Please note: The deck below is an outright scam, do not believe a word of what you read, do not believe that people mentioned in it exist or are aware of the fact that their name is used in this way (though they may very well be, there is no way for me to be sure). I obtained this deck without NDA and so I’m free to share it with the world as an example of what a scam can look like, even though the author has copyright on the contents, I think the gravity of this Public Service Announcement far outweighs the rightsholders claim.

The Golden Age of Cheap Flights

It’s never been cheaper to fly overseas as it is today. For example, in 1948, a roundtrip ticket from NYC to Rome cost $848. That’s nearly $9,000 in today’s dollars. And yet, right now, we regularly see flights from NYC to Rome available for less than $300 roundtrip.

So what does that mean for travelers? We’ve surveyed 2,000 Scott's Cheap Flights members—and dove deep into our own data—to look at how consumers are traveling now and how things may change in the coming year. In this, our first annual Report on the State of Cheap Flights, we’ll look at how consumers are spending on travel, how they choose flights, where they’re going, and how much they’re spending to get there.

When I was young, I thought old people had everything figured out. Now that I'm old, I know this isn't true.

It's not pleasant to feel like a noob. And the word "noob" is certainly not a compliment. And yet today I realized something encouraging about being a noob: the more of a noob you are locally, the less of a noob you are globally.

But if the feeling of being a noob is good for us, why do we dislike it? What evolutionary purpose could such an aversion serve?

I think the answer is that there are two sources of feeling like a noob: being stupid, and doing something novel. Our dislike of feeling like a noob is our brain telling us "Come on, come on, figure this out." Which was the right thing to be thinking for most of human history. The life of hunter-gatherers was complex, but it didn't change as much as life does now. They didn't suddenly have to figure out what to do about cryptocurrency. So it made sense to be biased toward competence at existing problems over the discovery of new ones. It made sense for humans to dislike the feeling of being a noob, just as, in a world where food was scarce, it made sense for them to dislike the feeling of being hungry.

More to Check Out:
- Finding your mojo post Acqui-hire
- Google Maps Hacks
- What to avoid in life?
- Tech in 2020: Standing on the shoulders of giants
- Guild Credit: Empower your Superfans

If you enjoy the newsletter, you can Venmo me a tip: @jordangonen or on the web here. Really appreciate the support! - Jordan